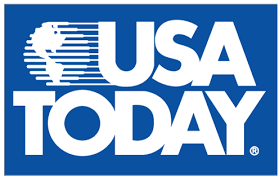 There are many international newspaper periodicals that have already taken on those role of globalization. In fact, two that are published in the United States are in the top ten international new ranked according to circulation, The Wall Street Journal and USA Today. We are all, as Americans, familiar with these titles but so is the rest of the world. Japan holds many of the top ranking circulators, as well.

Any newspaper or journalist knows that when reporting on anything, it is best to stay unbiased. Their job is to report the facts and let the reader come to their own conclusion based on the beliefs or knowledge about situations they already have. It is not always easy, but it is always necessary. As a global media, this is all the more important. When there are other people in other cultures with other laws and belief systems reading the same paper as people from complete opposite aspects, then it is necessary to be unbiased in order to stay sensitive to every reader’s needs. As an American journalist, the assignment might be to write a story on conflicts in the Middle East. Whatever the topic, it may be hard for a person, with real human emotion, to not laud American’s for their work or even inadvertently offend Middle Eastern government with even a simple comment in the article. They have to be aware that people in the Middle East may read that very same article, as well, and we cannot cater against one nationality for another no matter where the writer is coming from. In fact, America is so extremely diverse in itself that different cultures can be effected right within our own borders. END_OF_DOCUMENT_TOKEN_TO_BE_REPLACED

Social Media and the Newspaper

Because modern people are in a much bigger hurry to get their information than they used to be, the newspaper is not for everyone. I, myself, have never had a subscription to the newspaper and while I worked there I got it for free. I used it to put a portfolio together for my resume and job interviews. Luckily, people who write and publish newspapers are aware of this fact and probably are in the same hurry for their news to come to them. This is where the internet and social media come in very handy for everyone involved in educating themselves about the world around them.

The Campbell County Observer makes their newspaper available online. It is available immediately for subscribers and a weeks behind for others who want to look at back-issues. A lot of the information, however, is available for all immediately. These would be the classified ads that people pay for as well as public forums and letters to the editor. END_OF_DOCUMENT_TOKEN_TO_BE_REPLACED

Despite what we have been taught as young students of the public school system, and often times of the higher education system, the term “genre” is not quite as it seems. The traditional, well-known, definition of the term “genre” even the youngest of school age children can probably define. It is usually thought of as categorization of literature such as, “fiction,” “non-fiction,” “biography,” and many other types of categories of writing. However, what I have read of genre in the Written Communications and Organizations class from writers like Devitt, Bazerman, and Kress, has given us a new perspective on what genre means. Genre is not just simply a category for literature to be placed. It is a context, undertone, or even sometimes a hidden meaning that can be applied to a multitude of situations including life, school, work, and, yes, still literature. END_OF_DOCUMENT_TOKEN_TO_BE_REPLACED

Discourse communities are in regard to the writing a person is required to do in reference to the field that they are in. A person must become an expert in that particular type of writing in order to perfect it for their community. For instance, I direct marketing writer has to write of products in a way that sells them or draws customers in. We see these things on a regular basis whether or not we know it. The people who are direct marketing writers focus their discourse abilities on this specific task, and I dare say, spend little time writing scholarly articles for a journal or anything outside of their realm.

Over the course of this module, I have loved the example of a person having to write a scholarly article for a Psychology journal. This was mentioned in our required reading by Street and I have found it a very practical use, especially for all of the students in this class because we are immersed in scholarly articles on a daily basis and may be writing them on day. END_OF_DOCUMENT_TOKEN_TO_BE_REPLACED

I was privileged with having the honor of being a part of a company in its infantile stages and have been able to watch it grow from the ground up. The business was a starting out Newspaper Company called “The Campbell County Observer” that was meant to bring local news to our community in Gillette, WY. I started out there as an events writer and covered a wide variety of events all over town. The paper, however, also provided all relevant news like sports, politics, breaking news, etc. Quickly, I moved up to a writer and editor of the paper and remained there for a few years. I eventually gave up the position for other opportunities.

The idea, when it comes to journalism, is to be as completely non-biased as possible in order to report the happenings of the community without any sway to the reading community. END_OF_DOCUMENT_TOKEN_TO_BE_REPLACED